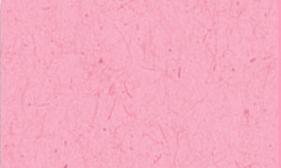 OPEN LETTER TO MY ULTRA SOUND TECHNICIAN, pictured above at the University Imaging Center in Melbourne, FL

Hello Coreena,
Last week I was diagnosed with breast cancer. It was caught early, found only on Ultrasound, but missed on a diagnostic mammogram. Within a two week period I had one diagnostic mammogram and two ultrasounds. You (and only you) found an 8mm mass, confirmed by biospy, that turned out to be an Invasive Ductal Carcinoma.

Your skill and thoroughness as an Ultrasound Technician has most likely saved my life, or minimally saved me from a much more serious cancer. The mass that you found is extremely close to my chest wall, if this small mass had grown, it could have invaded my chest wall and lymph nodes. After an MRI with contrast, it has been determined that the mass is not yet in my chest wall. Because of you, I can have a lumpectomy, some radiation and be cured. I hate to think if I had waited six months to a year, what the difference might be.

I remember when you did my Ultrasound I thought to myself that you were spending "too much time" on my exam. The first ultrasound tech (who missed the mass just two weeks before) spent 5-10 minutes with me. You spent 20-25 minutes with me. Thank goodness you took the extra time! I believe it was your extra patience, thoroughness and skill that found the cancer.

What makes this a more interesting story is that, if you recall, I came to get an ultrasound on a larger/palpable lump (which had reduced in size to the touch), that turned out on biopsy to be benign, normal breast tissue. After you did the ultrasound on that larger lump then you found the smaller second cancerous lump--which no one or no other test had found.

Thank you from the bottom of my heart, and the hearts of my friends and family for doing your job like someone's life depends on it---because it does!
Hugs,
Kelly Palace
P.S. I am copying your Director Jenny on this, though I would imagine she knows how lucky she is to have you on her team!

Early Detection: I advocate ULTRA SOUND! My cancer was NOT found on a Mammogram.